Review: Babel; Or the Necessity of Violence: An Arcane History of the Oxford Translators’ Revolution by R.F. Kuang

SPOILERS BELOW. If that concerns you: just read the book, no questions asked.

Traduttore, traditore: An act of translation is always an act of betrayal.

1828. Robin Swift, orphaned by cholera in Canton, is brought to London by the mysterious Professor Lovell. There, he trains for years in Latin, Ancient Greek, and Chinese, all in preparation for the day he’ll enroll in Oxford University’s prestigious Royal Institute of Translation — also known as Babel.

Babel is the world’s center of translation and, more importantly, of silver-working: the art of manifesting the meaning lost in translation through enchanted silver bars, to magical effect. Silver-working has made the British Empire unparalleled in power, and Babel’s research in foreign languages serves the Empire’s quest to colonize everything it encounters.

Oxford, the city of dreaming spires, is a fairytale for Robin; a utopia dedicated to the pursuit of knowledge. But knowledge serves power, and for Robin, a Chinese boy raised in Britain, serving Babel inevitably means betraying his motherland. As his studies progress Robin finds himself caught between Babel and the shadowy Hermes Society, an organization dedicated to sabotaging the silver-working that supports imperial expansion. When Britain pursues an unjust war with China over silver and opium, Robin must decide: Can powerful institutions be changed from within, or does revolution always require violence? What is he willing to sacrifice to bring Babel down?

Babel — a thematic response to The Secret History and a tonal response to Jonathan Strange & Mr. Norrell — grapples with student revolutions, colonial resistance, and the use of translation as a tool of empire.

Where to Read: Purchase a copy at your favorite brick-and-mortar or online retailer. 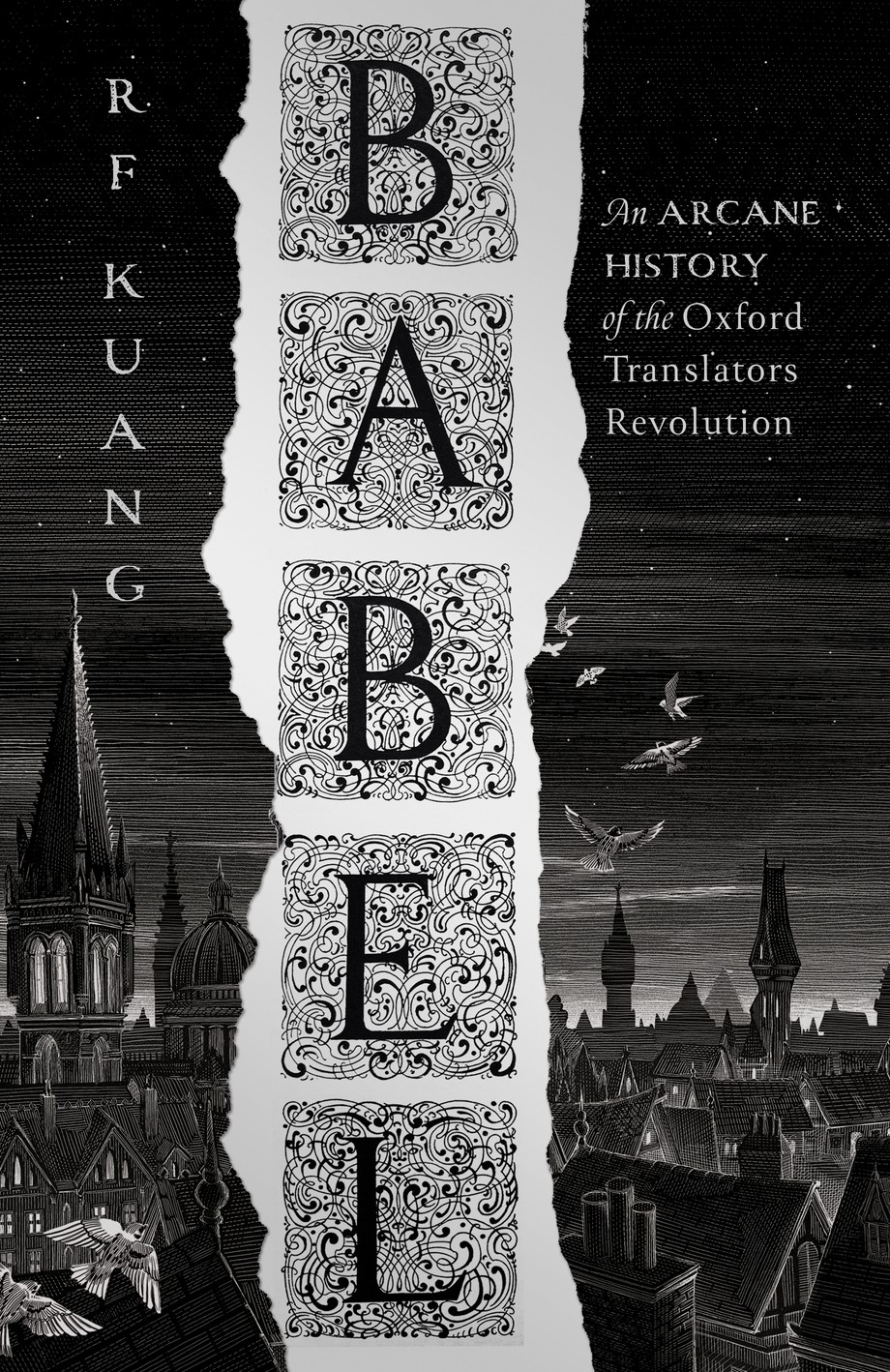 Babel is simply amazing, and I find it hard not to draw comparisons with our contemporary tech industry. In R.F. Kuang’s steampunk alt-history setup, the industrial revolution is underway, thanks to the literal magic of silverworking that can make miracles happen. But all this is only possible thanks to highly skilled immigrant labor, shipped in and painstakingly educated solely to be an unfortunate middle class between the laborers and the true citizens. Magic only happens in the difference in meaning between two words with a shared etymology, and in a rapidly globalizing world, it is only the East and South Asian languages that remain effective here. To this end, England imports (and I mean imports) a select few students from the Far East to be educated at Oxford for the purpose of advancing their magi-linguistic advantage. Their families are left behind, and they will not be sent back to improve their countrymen’s lot: magic is for the English people only. But of course, should they fail an exam or show less promise than expected, they will be unceremoniously dumped back in a land that is no longer theirs.

As if that wasn’t enough, those at Oxford further engage in subscription rent-seeking. This magical Silicon Valley treats its people well with generous stipends and luxurious balls, but this is all funded by leeching from their customers. While laborers protest losing their jobs (the Luddites make an appearance), the rich and wealthy treated to a parade of quirky but dubiously useful gadgets claiming to make their lives easier. All of these require periodic maintenance (and payment), with the knowledge of how to do this carefully limited to only those at Oxford. Over time, Oxford has woven itself into the country’s infrastructure, such that if Oxford falls or refuses to do its job, the rest of the country would literally fall apart—and even the government wouldn’t be able to do much about it.

On top of that, Babel painfully pokes fun at how it feels to be an Asian immigrant: feared, desired, with the things of your culture put behind museum glass and the people put under dirt or behind bars. A quick walk around town early on in the story quickly turns dangerous as our students realize that despite their academic privilege, despite even growing up speaking and breathing and eating English, they will never truly be seen as people. A meeting with townspeople nearly results in a fight, while a meeting with nobility is an evening of tedious questions about Oriental mysteries.

‘How strange’, said Ramy. ‘To love the stuff and the language, but to hate the country.’

‘Not as odd as you’d think’, said Victoire. ‘There are people, after all, and then there are things.’

In short, Babel may fall under “fantasy”, and it does a fantastic job of that. But at the same time, it deserves to be read as social commentary (if not quite outright satire), and that is what makes me love it so much.